"Expect a Miracle" was stamped in the welcome package I received upon my arrival at the Findhorn Foundation, an intentional community in the Scottish Highlands. I snubbed it as a slogan. However, by the end of that first day I had enquired about the possibility of extending my stay beyond the original one-week program. It was in this kind of environment that I felt less of an outsider. Most of us were a little lost and a little uncomfortable with the urban world where we inexplicably lived. We each had our own social handicap, and a community provided a safe space to share about it and show who we really were.

I ended up staying two and a half months, helping in the kitchen and learning the values of communal living. I went back to Findhorn for two more moths over the following two years. Being a small fish in a large spiritual pond brought me a sense of purpose, and with it came a figment of hope.

The community offered formidable programs as well as wise, compassionate teachers. The real treasures for me, however, were my roommates and fellow rookies who were mostly sheltering themselves from some crucial moment in life that demanded collection or pause before engaging with the real world again. Most participants came alone. The meaning of loneliness acquires a new dimension after a few weeks at an intentional community. Actually, most of the tenets of modern capitalist society are questioned after spending a few months in a system that does not work solely for profit. On the contrary, it focuses on allowing our higher nature to absorb the ego into itself and transform it to become a kind, loving, and generous being that is not afraid of being alone.

In solitude I am by myself, together with myself, whereas in loneliness I am actually one, deserted by all others. It’s worth noting that we don't have a word for the opposite of loneliness. There are various reasons why we suffer loneliness, but at times the loneliness we want to combat may be a rite of passage to a new, more fulfilling chapter in our lives.

During my time at the community I became acquainted with the work of Rudolf Steiner, philosopher, founder of anthroposophy and of the Walford education system, among many other achievements. In The Story of My Life, Steiner tells us that: "The struggle with the riddle of cognition, which then filled my mind more than all else, aroused in my friends always, to be sure, a strong interest, but very little active participation. In the experience of this riddle I was always rather lonely. Indeed, these questions about all possible sorts of things made me as a boy very lonely." Had Steiner been a well-adjusted boy, leader of the soccer team or popular with girls, he would not have had the opportunity to question most aspects of life, nature, and of the occult.

In the seminal work, Shamanism: Archaic Techniques of Ecstasy, Mircea Eliade, philosopher and interpreter of religious experience, explains that: "The future shamans are expected to pass through certain initiatory ordeals and to receive an education that is sometimes highly complex ... Toward the approach of maturity the candidate begins to have visions, sings in his sleep, likes to wander in solitude, and so on ... In the case of hereditary shamanism, the souls of the ancestral shamans choose a young man in the family; he becomes absent-minded and dreamy, loves solitude, and has prophetic visions ... While still a child, the future shaman, or kam, proves to be sickly, withdrawn, contemplative." Eliade finally explains, with utmost clarity, that it is these features that transform the candidate "from a possible neurotic into a shaman recognized by his particular society." Having a member of the tribe ready to identify the strange, withdrawn, and lonely kid as a potential shaman provides a new dimension to the experience of loneliness. In our modern, urban culture, it would result in a fierce case of bullying.

As Sara Maitland points out in her book How to Be Alone: "Our fast-paced society does not approve of solitude; being alone is literally anti-social and some even find it sinister." In fact, normative/capitalist social relations tend to erode all forms of dissidence in order to reproduce themselves. Norm compliance gives a person advantages ranging from simply living a smoother everyday life to significant privileges and power. Similarly, norms imply disadvantages for noncompliers that lead to discriminatory structures. Maitland encourages us to overturn our fear of solitude and "to see the benefits of spending time by ourselves. By indulging in the experience of being alone, we can be inspired to find our own rewards and ultimately lead more enriched, fuller lives."

Finally, Byron Katie, another Findhorn favorite, teaches that: "Uncomfortable feelings [like loneliness] are clear reminders that we've attached to something that may not be true for us." If the norms by which we have to abide in our environment bring us a feeling of loneliness, a change of perspective may show us that there are many more people out there struggling with these norms. In these circumstances, spending as little as one week in an intentional community could provide the key to awaken our full potential through uplifting, inspiring new ways of communication. As my friends in Findhorn like to say: "Let your teacher appear, trust the unexpected."

Maybe that is what a miracle is about. 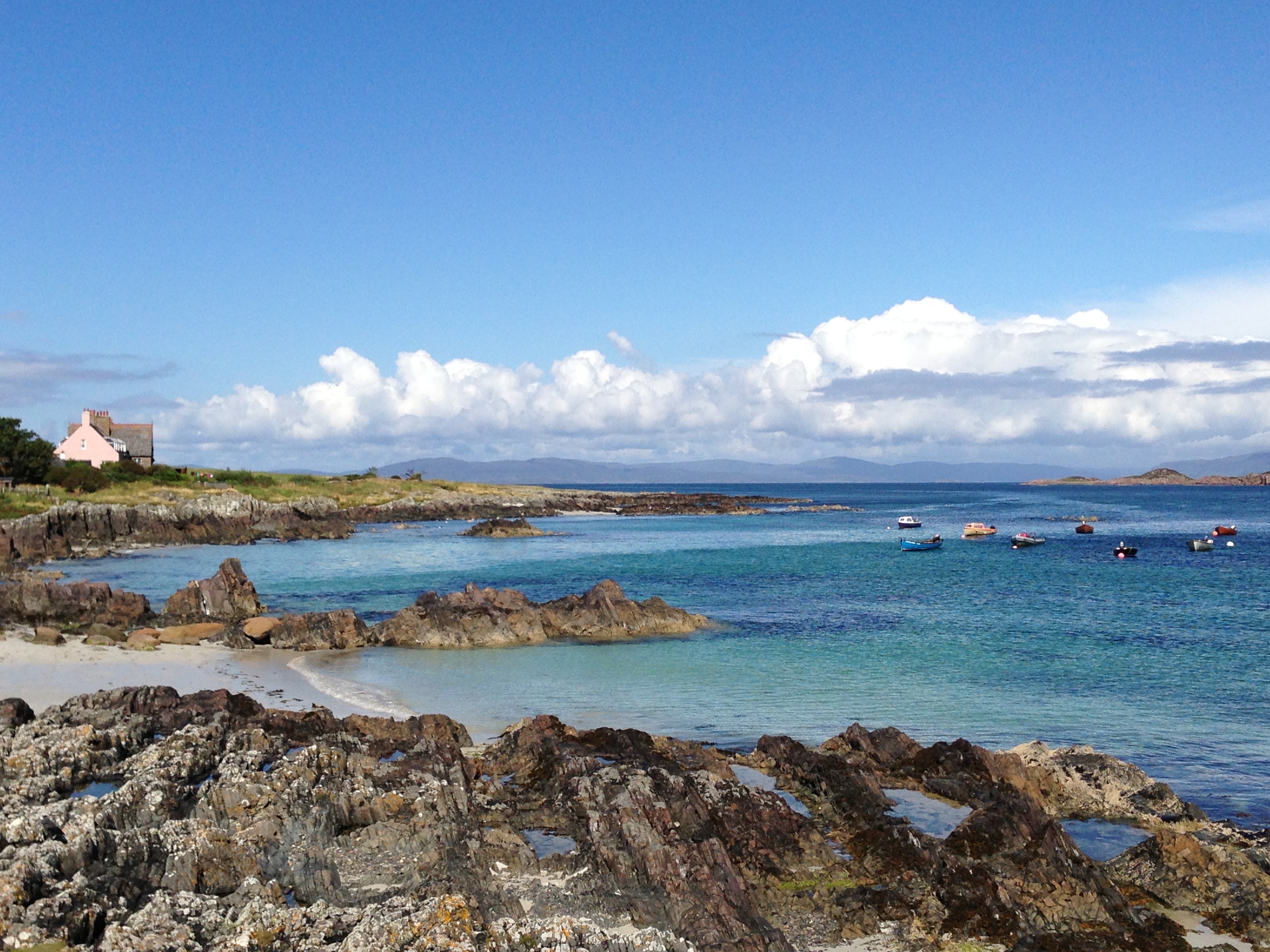