Between November and December, 2018 I coordinated a creative writing workshop in the city of Chiang Mai. It was about journeys; geographical, spiritual and psychedelic in an attempt to cater to the universe of backpackers, digital nomads, yogis, buddhists, tantric healers, shamanic practitioners and psychedelic travelers that became my family during the months that Chiang Mai was my home.

Although Chiang Mai means "new city," it was founded in 1296 as the new capital of the Lanna Kingdom. It sits in Northern Thailand, among mountains and rivers. It has a striking identity rich with traditions and has become a permanent destination for sedentary travelers. During the sessions, that took place in a secluded garden within the old walled city, we drifted along these topics:

A very diverse crowd produced texts that ranged from the backyard of a shaman-granny and her magical crocodile, to an exhilarated brit selling heroin in the streets of Hanoi, an Irish top model who travelled first class from San Francisco to Ibiza on a fake credit card in the 70s, ayahuasca visions in the Amazon, an unbreakable heart, a time travel device and the manifest/poem of a Muslim woman who dared to defy destiny.

I left Chiang Mai a few months ago but I learnt that some of them still gathered once or twice to keep on writing. Their powerful and crazy texts are now scattered around the globe, bearing no connection but the frailty of the moment in which they were written. They may never get published as a volume, but I shall remember them as one of my favorite-reads. 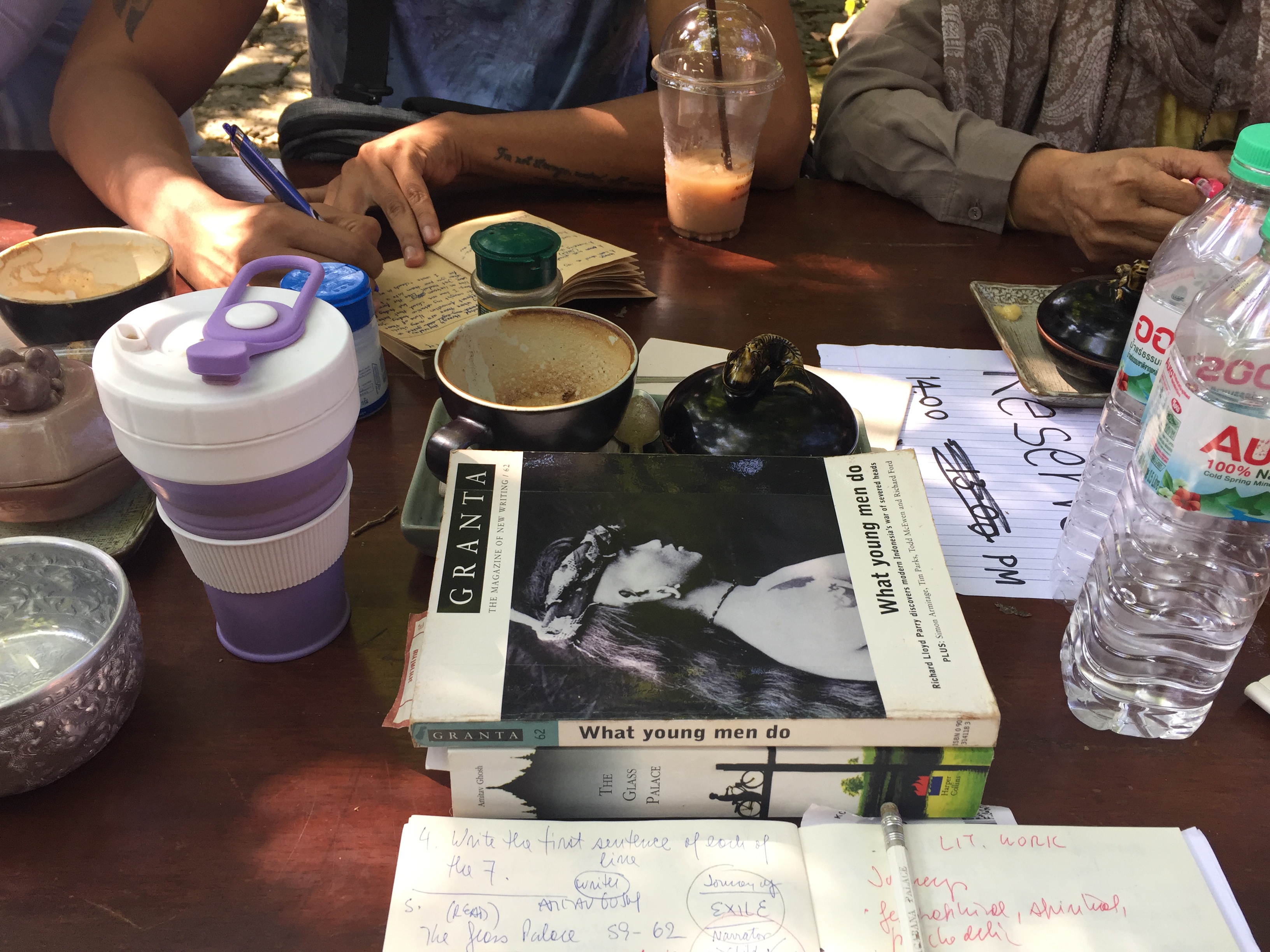